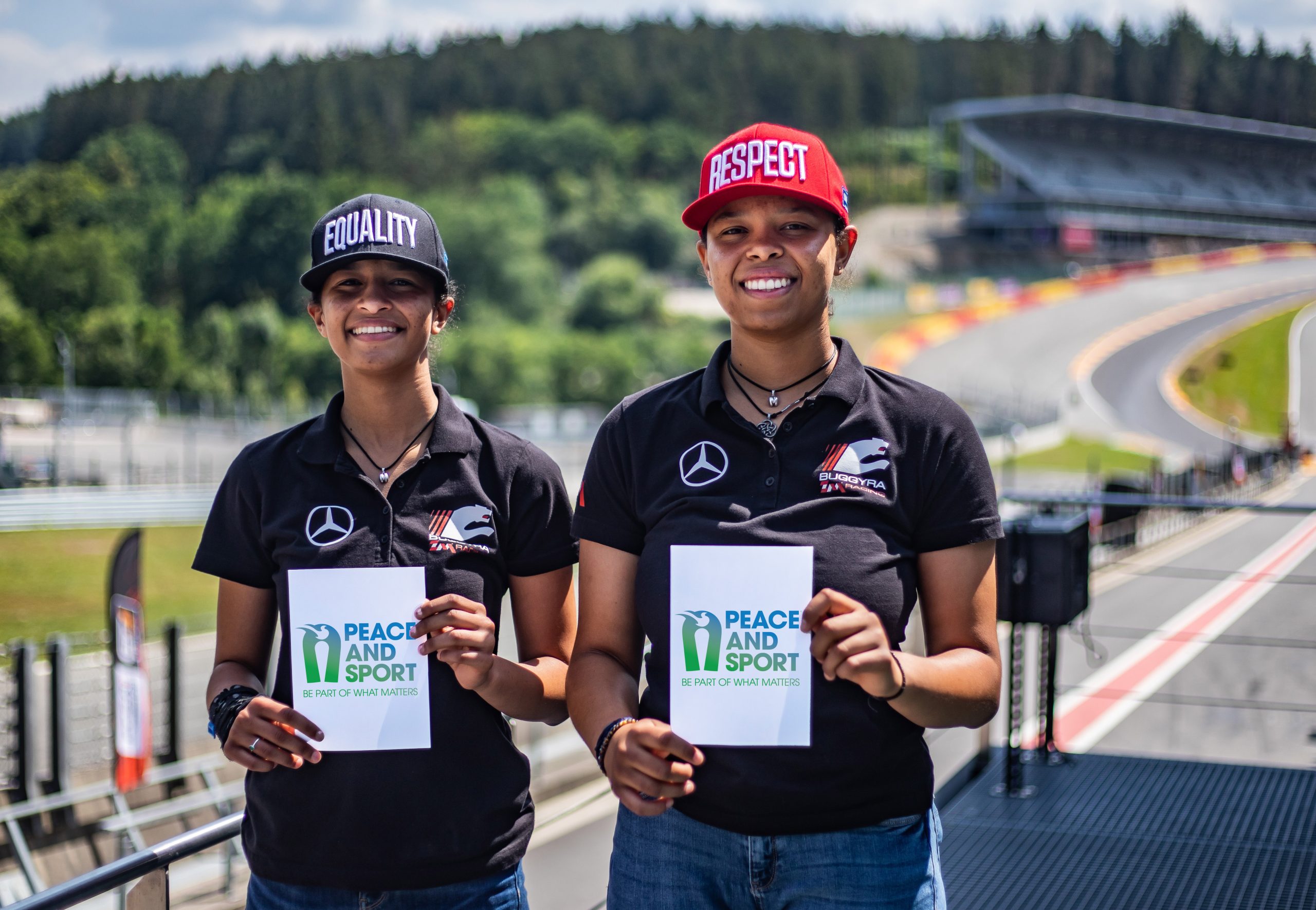 The 18-year-old twin sisters who are preparing to participate in the 2023 Dakar Rally to become the youngest female twins to participate in the iconic event have been nominated by Monaco-based Peace and Sport organization to become ambassadors for their Junior Champions for Peace Club. Alongside Peace and Sport, the two teenagers will lead innovative initiatives and promote peace values through their sport and thus follow in the footsteps of well-known ambassadors of the Champions for Peace Club like Lionel Messi, Didier Drogba, and Novak Djokovich. Fellow racers Lucas di Grassi, Felipe Massa, and Sébastien Loeb are also ambassadors. The Junior champions for Peace Club has been newly created to give young athletes a platform to become a spokesperson for their sport for the values they stand for.

Aliyyah Koloc who is racing in the EuroNASCAR series as well as selected GT4 races and cross-country rallies this season said on her nomination: “I am really honored to be nominated together with my sister as an ambassador for the Junior Champions for Peace Club. It is an important cause to us and we hope that, together with Peace and Sport, we will be able to spread more positivity and the message that no matter your color, race, or gender, you can do sports or whatever you want to do, and you have a right to do it without suffering negative comments from anybody. We have been a target of discrimination all our lives, and some particular bad comments at the Dakar Rally two years ago were the final straw. We didn’t want to keep quiet anymore but also wanted to take action.”

In response, the sisters launched the equality-respect-diversity campaign, created together with their team, Buggyra ZM Racing and its affiliate Buggyra Academy. The program is intended to help young drivers but also engineers and mechanics from different backgrounds to become successful in motorsports. This is done through a mix of scouting new talent all over the world, mentoring them to excel in various motorsport positions, and helping them to find adequate jobs thanks to the extensive international network of key stakeholders that Buggyra has accumulated in its 50 years of racing history.

Yasmeen Koloc who is also preparing for the 2023 Dakar by racing in the FIA Middle East Cup for Cross‐Country Bajas said: “My sister and I are really happy and proud to have been nominated for the Junior Champions for Peace Club. Coming from a very mixed cultural background – our mother is half Sudanese, half Seychellois, our dad is Czech with his family coming from Vanuatu – we have suffered abusive comments and discrimination from a very young age, not just in motorsports but also in tennis that we played before. So eventually we decided to start speaking up for more equality, diversity, and respect in motorsports, and any sports really. I also think that generally more can and should be done to improve respect and diversity in our sport. I am not just talking about the athletes, but also about the people in the background, because there are a lot of talented people there who don’t get recognized for what they do. We want to help change that.”

Both sisters have also regularly been supporting an orphanage in Uganda for the last couple of years.

About the Champions for Peace Club

The Champions for Peace Club was created in 2009 and it is composed of more than 110 high-level sportsmen and sportswomen willing to contribute to peace through the power of sport. Over the years, Champions for Peace have become incontestable role models and a source of inspiration for youth. Role models, heroes, and a source of inspiration for young people throughout the world, they dedicate their time, their fame, and their athletic experience to serve projects which use sport to tackle social issues. In just a few years their combined action, their engagement, and their determination have all helped to show that sport goes beyond sporting performances and plays a genuine role to serve society.