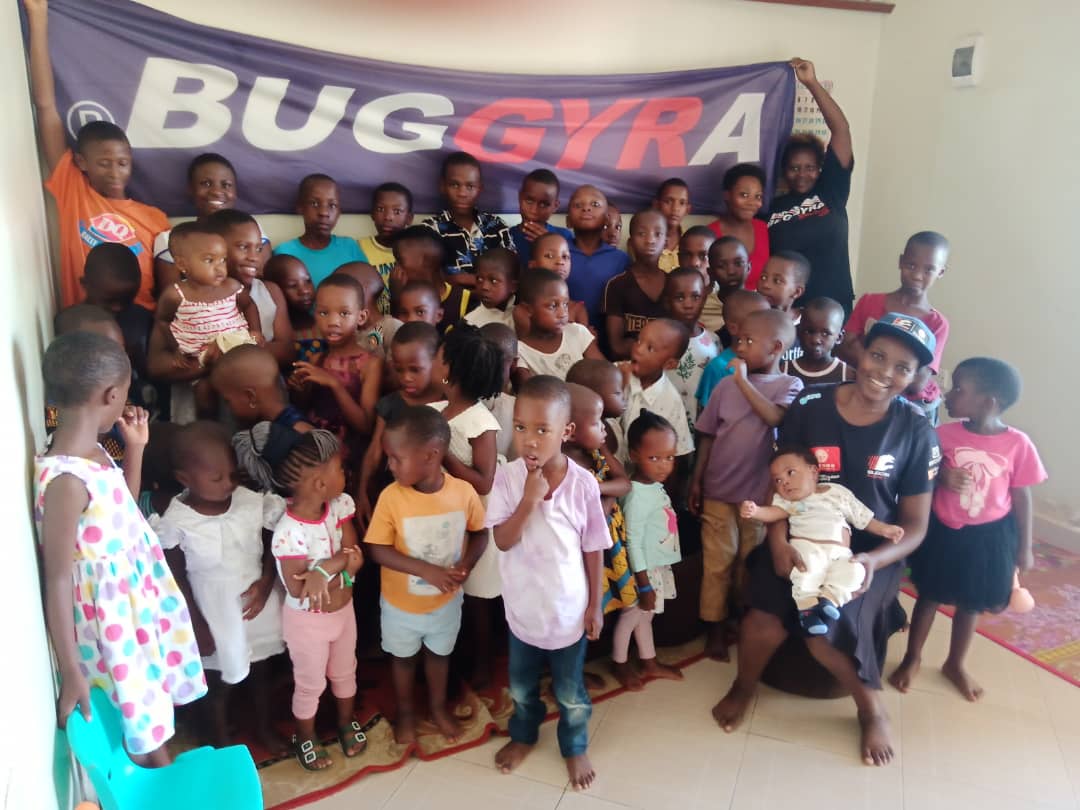 Twin sisters Aliyyah and Yasmeen Koloc outside of racing: Supporting an orphanage in Uganda

Emmanuel Guma is a friendly man, always smiling with a word for everybody. Born in Uganda in 1977, he came to Dubai a couple of years ago to find work. He was hired by Buggyra Racing as the desert farm keeper two years ago and has been doing the job ever since. What doesn’t sound like a typical job in racing, actually is. Emmo, as everybody calls him, is in fact running Buggyra’s desert training base which is used for rally raid testing, in particular in preparation for the upcoming Dakar Rally.

Aliyyah and Yasmeen Koloc, the 18-year-old twin sisters, regularly use the desert base to train off-road racing and when they are there, Emmo makes sure that everything runs like clockwork. But that’s not all. Back in Uganda, Emmo is also responsible for an orphanage that looks after about 30 children. Being an orphan himself, it has always been important to him to give back to the community. So, he founded the orphanage as a young adult. As he doesn’t go back to Uganda very often, his family in Uganda is running the place in his absence.

Both girls have been rather close to Emmo ever since they first met him two years ago. They talked about every aspect of his life in Uganda and wanted to know how they could help. Since then, they have been regularly sending material support like clothes, toys, or books, and sometimes they also include some financial aid to make sure basic existential needs are met and schooling for the children can continue.

When Aliyyah talks about him, it is easy to see how much she likes him: “Emmo is very proud of his family. He talks about them all the time and he gets very emotional. He was an orphan himself, so it is very important to him to help those kids. Emmo is a great guy, part of the family really. And he is passionate about his kids, there is no other way to put it!”

Yasmeen adds: “He is a really nice guy, he talks a lot about his children. You can feel how much they matter to him. It must be difficult to live in Dubai and make sure the orphanage continues to function in Uganda but Emmo never complains. He makes it look really easy.”

Supporting charity causes like Emmo’s orphanage but also matters of equality and diversity are very close to the twin sisters’ hearts. That’s why, earlier this year, they have founded a campaign intended to raise equality, respect, and diversity in motorsports and beyond. “When my father told me about Emmo and the orphanage for the first time about two years ago, my sister and I wanted to do our part to help,” Yasmeen explains. “But I don’t want to stop there. I would like to work more with diversity and equality projects, and generally do more charity work, in particular, to give kids a better future and a good start in life.”

Neither Yasmeen nor Aliyyah have been to Uganda yet to see the orphanage in person. But as Aliyyah explains: “I have seen photos and the kids send us videos regularly but I have never been. I’d love to go soon!”